Hikari Scissors feature models with the exclusive Hikari five finger ergonomic positioning system with a unique handle that truly fits like a glove and feels like an extension of your hand.

Hikari founder, Fukutaro Takahashi, born and raised in Japan, was a nationally acclaimed, champion hair dresser. Through his persistence, passion and dedication, Hikari Scissors was born.

Mr. Takahashi quickly realized there were no tools available that met his expectations of high quality and excellent craftsmanship and was unwilling to accept that there was no "perfect" tool out there. His dream was to provide every hairdresser with the best hair cutting shears and the ultimate in hair cutting tools. 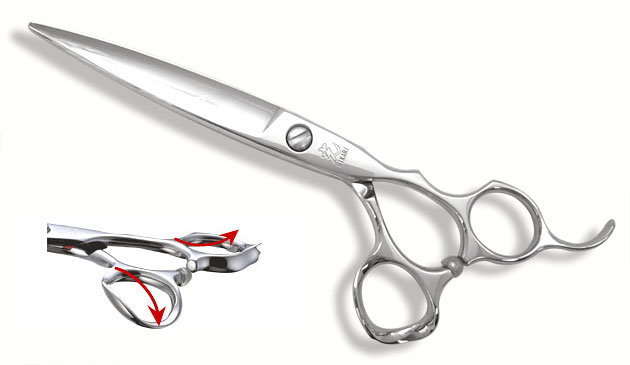 Fukutaro opened his own business. In time, he trained others in the fine art of scissor making, and the company grew. His painstaking research in metallurgy resulted in alloys with characteristics of strength and resiliency, further proving that Hikari scissors "melt" through the hair, time and time again. Rapidly they gained worldwide recognition as the best hair cutting shears and new industry standard. Hikari is the only scissor manufacturer founded and directed by a hairdresser. It’s Fukutaro knowledge of the art of hair cutting that truly sets Hikari apart from the rest and produces the best hair cutting shears.

Through this unique approach, Hikari exerts meticulous control over every aspect of its business, including research, development, design, production, quality assurance, and service. This is in sharp contrast to its competitors who "outsource" key operations and simply put their label on scissors mass-produced by independent factories. Hikari’s one-of-a-kind operation yields scissors of unrivaled quality and durability worthy of the being called the best hair cutting shears. 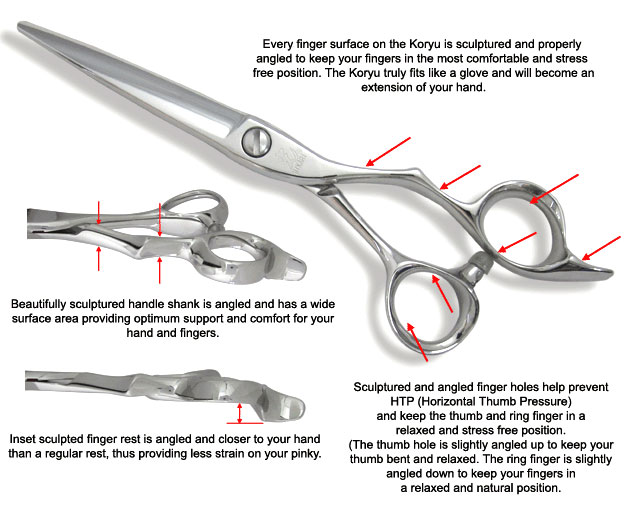 The Precision Convex Edge, invented by Hikari, revolutionized the concept of cutting sharpness and accuracy. This edge has no serrations or conventional outer edge bevel or grind, and represent just one example of what continues to make Hikari scissors the sharpest, most accurate and best hair cutting shears in the world.

Today the tradition of Hikari as the best hair cutting shears is continued by the son of Fukutaro Takahashi, Kazuyoshi Takahashi (also a champion hairdresser). He was trained by his father in the art of hand making scissors. Kazuyoshi, with his staff of expert craftsmen, produce by hand all the Hikari scissors in the world. His passion for the beauty industry and demand for perfection continues to drive him to pursue his father’s dream of creating the ultimate haircutting tools and the best hair cutting shears.

To this day, Hikari scissors are the only manufacturer that make their scissor from start to finish and claim to be the #1 choice of stylists. It’s no wonder Hikari makes the best hair cutting shears. Take a look at all the options of Hikari Scissors or learn more about your options from the following popular categories:

Join a conversation with us on:

It doesn't get any easier than this. Fill out the form, agree to the data storage, and send it off. We can't wait to connect!